Montserrat worked for the Kentia Shirt Company from July 2004 to February 2006. She was employed as the senior patternmaker to use traditional manual patternmaking skills as well as the Lectra and Domino programs to complete patterns, grading and production deadlines.

Her responsibilities were patternmaking, grading and marker making for 5 Labels under the umbrella company Kentia, as well as their separate clients. This role also included:

In December 2013 she joined the Kentia team once again in a different role. Working on an internship, her role was researching and gathering information for a new product design direction.

In January 2014 – August 2014 she was asked to work as a freelance illustrator and researcher and continue the work she had started while on the internship with the Ganton Shirt Label.

Presentation of production sketches for client. 2014 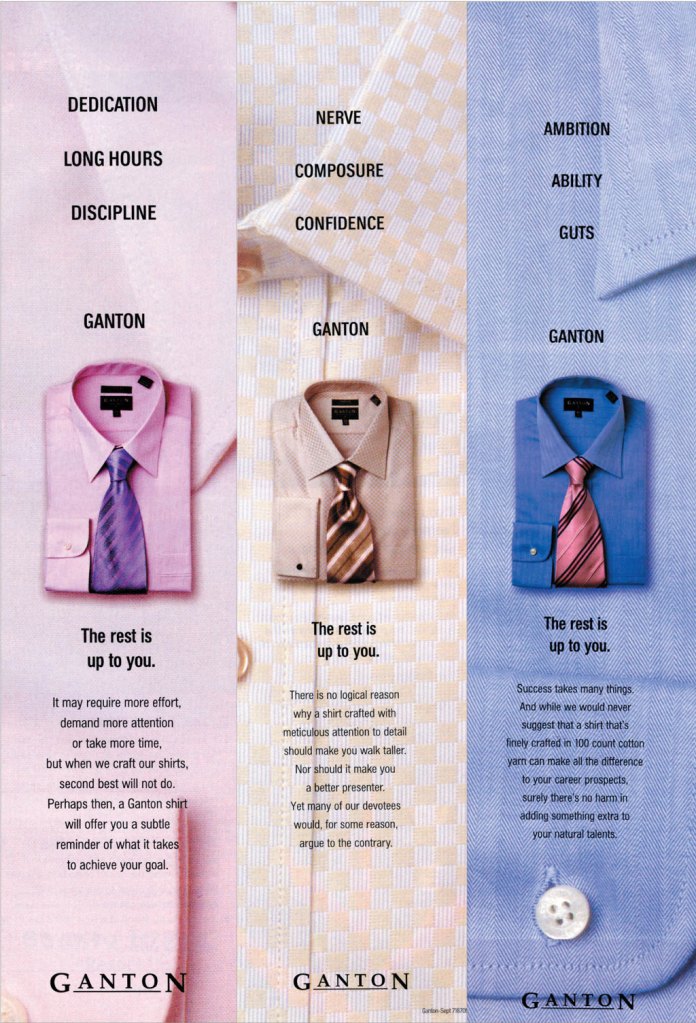